Hit enter to search or ESC to close
News

LOOKING BACK at conference Equal Pay Day 2020 in March

Role of woman in a responsible business

On Friday 27.3.2020, a conference Equal Pay Day took place, which is the result of almost one-year preparation and half-year awareness campaign #equalpay. Every year brings new challenges and topics to discuss. Year 2020 brought much unexpected challenge. We decided to accept it and we brought the whole content of the conference to the virtual space. According to feedback- professionally and inspirationally.

“Mainly thanks to unprecedented hospitality of our partners, we managed to adjust the content of the conference. Seven-member team of women realized almost 7-hours broadcasting of opinions and perspectives of  20 performers absolutely professionally”, says founder of the conference in Czechia and president of the host organization BPWCR, Lenka Šťastná. Marie Petrovová moderated the whole day with courage.

The main ideas were summarized in the press release from 30.3. Risk that has paid off.

The success of the conference Equal Pay Day, despite the controversial topics of equal pay and status of women and men in the society, is traditionally related to the high professionalism of the preparation and production of the conference and the exceptional environment and atmosphere, which is atypical for professional conferences. 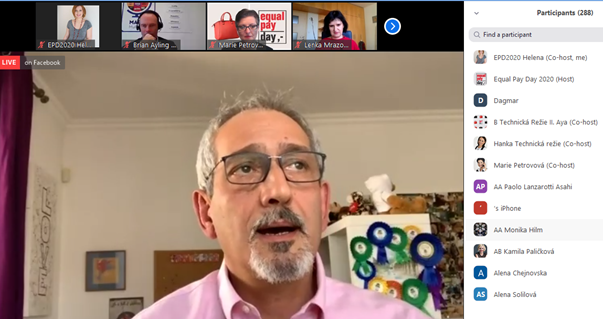 Thanks to the open space of cloud world we were able to provide  opinions and inspiration from speakers to an unlimited number of followers. The space has opened up to all those who perceive the importance of the topic of responsible business even more than ever before. To the virtual room on Zoom 298 participants joined, program lasted 7 hours and all this has functioned according to detailed second scenario. The life stream on Facebook exceeded the border of 1500 views and the interest is constantly growing. The numbers of views of recorded videos will be growing and strengthening and therefore spread ideas and opinions, that were presented during the conference.

A heroic achievement was a participation of almost all invited speakers, who has joined from depopulated offices, or from their homes and there was also an ocean connection from the USA and Slovakia. Borders were already impenetrably closed.

Traditionally we managed to ensure an atractive composition of performers from variety of fields and environments. Special for EPD is also  an international reach, which creates an unique opportunity for performance of foreign leaders acting in Czechia with international reputation, for Czech audience they are unknown faces. Equal Pay Day likes to look for and present just such personalities.

20 significant guests contributed to the main topic of the conference, ROLE OF WOMAN IN A RESPONSIBLE BUSINESS. Majority of them talked also about the changes that current situation will cause. 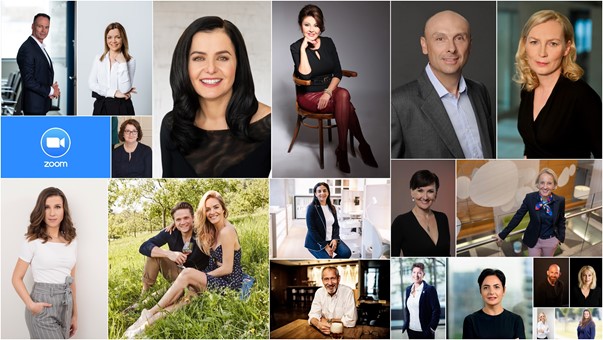 Since the beginning until the end the program was carried in positive and dynamic way, speaker were very well prepared for original interactivity of the live stream, when they managed to answer the questions from the chat and at the same time live questions from the audience. The recorded performances are available on the YouTube channel, or by clicking at each speaker.

Every year we are trying to enrich the conference with interesting elements. This year, in the virtual world, it was the competition with the company Partners with valuable awards supporting work flexibility. More than 500 people took part in the competition. 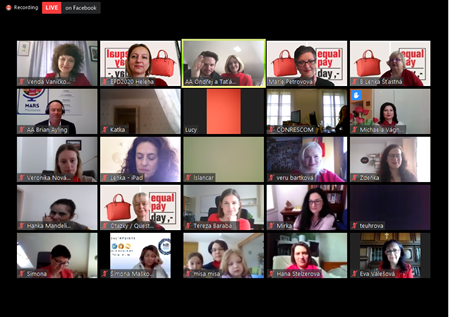 Photo-gallery is not voluminous this year, however the words that were said, gave rise to the topic of year 2021. The 12th year of the conference will take place on 26 and 27 of March. #savethedate #equalpayday2021

Acknowledgement to our partners

The whole campaign and conference would not be possible without support of partners of this event, whom we thank.

Popular Mentoring day, which is part of the conference Equal Pay Day, is moved to a date 7th of November.
For that evening, we are also planning meeting of partners and supporters of this socially important event.

The call is valid. Activity and involvement count!

Already 11 years, the campaign and conference Equal Pay Day has been pointing out that it is necessary to look to the future and not be afraid of changes, but go for them. To question established norms, to think and speak up, to present our own opinions and attitudes even with the risk that they will not be accepted by everyone, but they will be stimuli to think.

It is all the more an appeal to women, who often leave the public spaces sooner than necessary and their voices are not heard enough.

A time of doubt about the lack of women experts who have nothing to say is thing of past.

At the conference Equal Pay Day only there are more than 90 every year!

Today we can make good use of all our investments in thinking about change and sustainability. Let’s grasp this chance, just like 13.384 women before us!

In the spring, we will evaluate how successful we are.
See you in the November 2020 or March 2021! 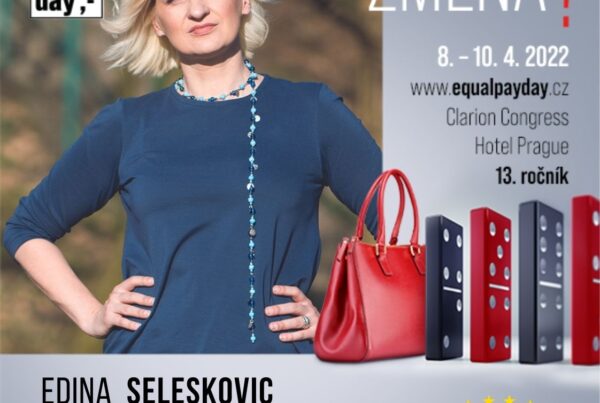 Inspiration from abroad – SPOTLIGHT ON BOSNIA AND HERZEGOVINA 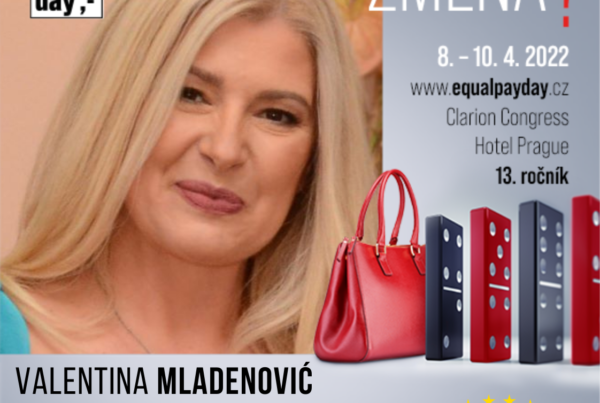 Inspiration from abroad – SPOTLIGHT ON SERBIA